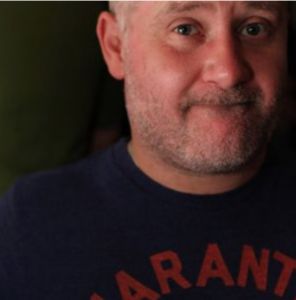 Adam has been immersed in all types of music since he picked up his first violin at age 4. As a classical musician throughout his formative years, graduating from the Royal Northern College of Music in Manchester at 16 he’d already developed a passion for Pop and contemporary music.

By the time he’d reached the end of his teens he’d become a House Music aficionado and a regular in Manchester’s heady early 90’s Clubland – leading to an opportunity to work as a session musician with various DJ’s of the era.

Along with Tim Lennox he formed T-Empo and signed to London Records / FFRR in the Spring of 1994. Following on from the success of their first single, club classic ‘Saturday Night Sunday Morning’ a slew of successful productions and remixes ensued working with a range of artists from Take That to Propaganda, Toni Braxton, Grace Jones, Brand New Heavies and Kylie Minogue.

Relocating to London in the late 90’s Adam then moved into A&R enjoying stints at ZTT and Warners before moving into management.

Combining his creative and technical skills with his A&R experience and of course his passion for music, 365 Artists was created in 2002 and has grown in strength ever since. Adam continues to run the 365 Artists management roster in addition to Major Label Records with producer and business partner Richard ‘Biff’ Stannard and, along with Paul Smith, “Major 3rd Music” their publishing joint venture with BMG/Chrysalis.