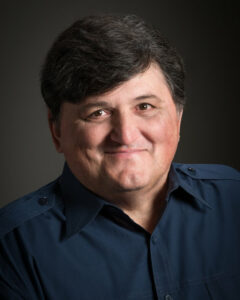 Chris is a frequent speaker at professional conferences, including for the American Bar Association, the state bar associations of California, Minnesota, New York, Tennessee and Texas, and the Austin Bar Association, Beverly Hills Bar Association, California Copyright Conference, Copyright Society of the USA, the Dallas Bar Association and the Nashville Bar Association. He has testified on artist rights issues at the UK Parliament, briefed the National Association of Attorneys General about brand sponsored piracy, spoken at Congressional seminars and lectures at law schools and business schools in the US and Canada on music-tech issues and artist rights including American University, Hastings College of the Law, University of Georgia Terry College of Business, Osgoode Hall, UCLA School of Law and Anderson Graduate School of Management, and the University of Southern California Gould School of Law.

Chris was the founding chair of the Austin-Toronto Music City Trade Alliance, a cooperative effort of the Austin and Toronto city councils to promote commercial music business trade between the U.S. and Canada. Chris is the director of the Texas Entertainment Law Institute and is the Legislative Chair of the Entertainment & Sports Law Section of the State Bar of Texas. In 2005, Chris was elected as a fellow of the World Technology Network. He received the 2016 Texas Star Award from the State Bar of Texas. His current speaking engagements are here.

Chris is an MBA graduate of the UCLA Anderson Graduate School of Management and a JD graduate of the UCLA School of Law where he was a member of the UCLA Law Review and an Olin Fellow in Law and Economics. He was an adjunct professor at the University of Texas School of Law where he taught The Music Business in the Digital Millennium. Before law school, Chris graduated with high honors from UCLA, majoring in political theory. He is admitted to the bar in California and Texas.