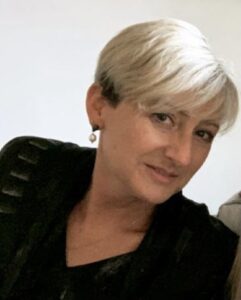 Echo Beach Management’s founder and managing director Jill Hollywood has a long track record as one of the leading talents within the world of producer / writer management.
Jill commenced her career in music when she became editor of the Australian dance magazine 3D World. She moved to the UK in 1995 where she developed her extensive experience within the music industry: first as A&R scout at Polygram/Island Music and then as A&R manager at Telstar Records.
She joined Big Life Management as producer manager in 2004. Over a twelve-year career there, she developed an enduring creative partnership with award-winning producers such as Jacknife Lee (U2, Jake Bugg, R.E.M.), Youth (Pink Floyd, The Verve, Embrace) and one of the UK’s most successful mix engineers, Ash Howes (One Direction, Dido).
In addition, Hollywood helped shape the careers of current production
heavyweights MyRiot (London Grammar, Birdy, Aurora) and Cam Blackwood (George Ezra, Tom Walker), newly arrived New York native Chris Zane (Passion Pit, St Lucia) plus legendary mix engineer Dave Bascombe (Depeche Mode, Tears For Fears). She later expanded the company roster to include other elements of music’s creative process, with clients such regular Coldplay orchestral arranger and performer Davide Rossi, and vocal producer to the stars Lorna Blackwood (Dua Lipa, Ellie Goulding, George Ezra).
As a testament to Hollywood’s enduring relationship with her clients, most came with her to start her new venture when she formed Echo Beach Management in April 2016. Jill has also recently expanded her roster to include Ash Workman best known for producing and mixing the stunning ‘Humaine Chaleur’ for Christine & the Queens and most recently Ben Jackson Cook, fresh from cowriting and coproducing the forthcoming Rag’n’Bone Man LP.
Over the past few years, her producers/ writers and engineers have worked on some of the biggest names in contemporary pop, including new music from The Killers, London Grammar, U2, George Ezra, Dua Lipa, Coldplay, Frank Ocean, Rae Morris, Sampha, Little Mix, Aurora and James Bay.