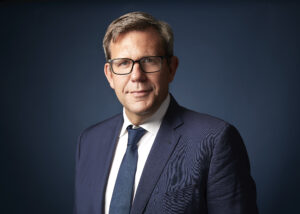 Director of International at PPL UK

Laurence has been at PPL for 16 years and has taken international collections from a £3million to £86million per annum business.  He is known for driving business and cultural change, encouraging the adoption of standards and has delivered £100s of millions to rightsholders during his tenure.

Laurence initially joined PPL in July 2006 as Head of International. Previously he worked for seven years at the British Equity Collecting Society (BECS), where, as CEO, the company developed into a much respected and successful organisation. He has over 22 years experience in the rights management business having previously worked for both actors and screenwriters.

Running a multi-lingual team of 16, he is responsible for PPL’s relationships and revenue collection with equivalent organisations around the world and has overseen the massive growth in this area of PPL over the last six years, which has now developed into the fastest growing area of the company’s business. He was appointed to his current role of Director of International in January 2012.