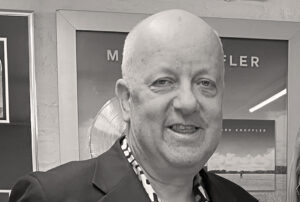 Paul entered the music business in 1976 as the youngest Entertainments Officer in NUS history at Southampton University. He left to work as a tour manager/sound man, and then to Outlaw (1978-87), a major independent concert promoter and management company. Paul managed Teardrop Explodes, Tears For Fears and Level 42, and ran 650+ shows a year. In 1987 he set up Crockford Management. He manages Mark Knopfler, Dire Straits, The Australian Pink Floyd Show, and Danny Thompson. Paul has consulted for various other projects including Nitro Circus Live, The RFU, Manchester United, Wembley, and The Prince’s Trust. He is a member of the MMF and a founding member of the Concert Promoters Association.