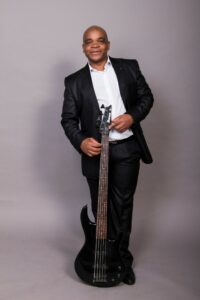 Pfanani Lishivha is a results-driven business executive with more than 15 years’ experience in executive management, specialising in the field of collective rights administration and specifically the rights of South African recording artists. His proven management skills are bolstered by his 25-plus years in research and development, as well as in policymaking and regulations drafting.

Prior to joining SAMPRA as CEO, Pfanani was employed at the following organisations:

Pfanani has been the driving force behind SAMPRA being accepted as the only African CMO that is a member of SCAPR and IFPI, international federations of Neighbouring Rights CMOs for performers and record companies respectively. SAMPRA participates fully in SCAPR and IFPI meetings and general assemblies. SAMPRA has also concluded more than 50 reciprocal agreements with its counterparts in Asia, Europe, and the Americas.

Under Pfanani’s stewardship, SAMPRA launched the SAMPRA Development Fund (“the Fund”) in August 2020. The Fund’s main aim is to be responsible for SAMPRA’s CSI through support for the music industry in a number of areas including retirement savings and funeral cover for SAMPRA’s performer members, training and professional development for recording artists and independent record companies, music production, touring and travel support, financing of live performances, and funding aimed at preserving South Africa’s diverse cultural heritage.

Pfanani is a great communicator. He is assertive and an excellent mediator in conflict situations. His track record in mediation, conflict resolution and the fostering of harmonious relations with staff and stakeholders is evidence of his tenacity when faced with challenges, as well as his ability to operate and brainstorm solutions under extreme pressure.

Before joining SAMPRA, the organisation had endless disputes with radio broadcasters that are members of the National Association of Broadcasters (“the NAB”), and retailers that are members of the Retailers’ Association. Pfanani managed to resolve the disputes and has built solid relationships with the NAB, the Retailers’ Association, and international counterparts. He also managed, under very difficult circumstances, to get the South African Broadcasting Corporation to pay SAMPRA for the usage of sound recordings.

Pfanani is an articulate and compelling public speaker, be it on music industry platforms or in his interactions with the media. Pfanani has gained a robust reputation as a subject matter expert on issues of rights administration and he is a respected commentator in this regard.