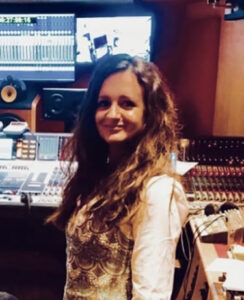 Based in the United Kingdom, Tania Oliveira is the Director of Society Relations for Transparence Entertainment Group (TEG), a music rights organization that identifies, recovers and administers royalty and licensing income from various sources for music creators. TEG maximizes payments by administering rights around the world effectively, rapidly and with complete transparency.  As former Co-Manager for Wixen UK LTD and her current involvement as a Board member of IAFAR (the International Association for Artists & Rightsholders), Tania has a comprehensive understanding of the various nuances of the UK and European publishing and worldwide neighboring rights. Prolific in both German and Russian, Tania is also a professional musician and songwriter who was signed to a pop-punk girl band in her teens and is now an active session guitarist and bassist.  Her first-hand experience witnessing poor management and misinformation inspired Tania to protect the rights of music creators through education and activism.